For 15 years, Jonathan served as a Junior Olympic ASA deputy. During this time he assisted Stoney Burke in bringing the Olympic team to Houston, TX three times for exhibition games. Jonathan helped hand pick players to compete against the USA team while also coaching an exhibition team in College Station. He helped expand Houston talent beyond the US, taking Impact Gold teams to both Italy and China to compete internationally.

Jonathan has assisted over 175 players obtain scholarships to various levels of college, he is a true advocate for his student athletes during their college search. Jonathan strives to provide a positive environment for his players while they pursue their dreams of playing the highest levels of fastpitch softball.

Coach Eddie has over 20 years of select coaching experience with programs such as Impact Gold and Texas Magic Gold. Eddie has helped well over 100 players obtain Division I scholarships and pursue their degrees at the next level. Coach Eddie believes in his teams being fundamentally sound, both defensively and offensively, and mentors his athletes to be mentally fit. He has a true LOVE for the game and for each of his players.

A local of Pasadena, TX, Rob Plocheck played baseball at Southwest Texas (Texas State) before coming back to the Deer Park area to start a family. With three daughters and a son, it was inevitable that he would be coaching softball. Rob has coached for 18 years from recreation and up through 18U Gold. Along the way players under his direction have gone to play D1, D2 and JuCo programs. Since then, they have returned to instruct the game themselves. Accomplishments include over 15 top 10 national finishes and player accolades.

Rob will bring both physical and mental preparation for the game on the field along with the preparing young ladies to be strong contributors to the community in whatever avenue they choose. His ability to teach and prepare players in demonstrated in their collegiate success as All-Conference, All-Region and All-American players. Summer 2017 finishes include 4th place at ASA 16U GOLD Nationals, top 10 finish for Triple Crown Sports USA Nationals ESPN, and 5th place at TCS Colorado Fireworks 16U Elite bracket.

A two-time NCAA Academic All-American and a pitcher for the Iowa State softball team, Alyssa (Ransom) pitched for Iowa State University during the 2004-2007 seasons. Alyssa finished her career with the Cyclones a statistical leader in almost every pitching category and defeated every Big 12 opponent during her career, the first and only Cyclone to do so.

Full Bio can be found on Cyclones.com – Alyssa Tjaden 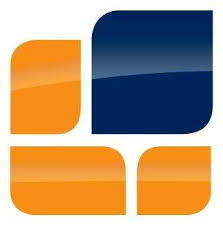